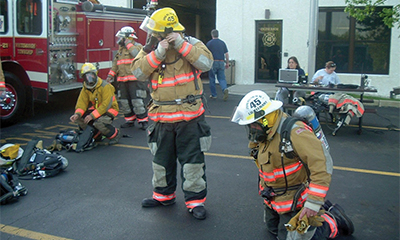 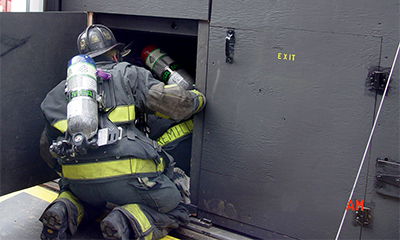 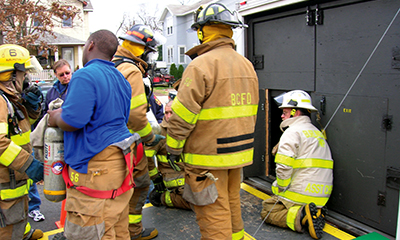 The GUARDIAN® Safety and Survival Training Simulators and our training programs have had their worthiness tested throughout the country and across the ocean. One of the most prestigious USAR teams in the City of Miami utilizes the Guardian® to meet their on-going training needs. From cities large and small, from Houston, Texas, to Bel Air, Maryland, numerous jurisdictions and academies have trained on the Guardian®. With the added partnership of the Robert Gardener Firefighter Support Foundation and companies like Medtex, our mobile simulators are constantly evolving and winning praise from those who use it. "The perfect tool to teach you how to get out alive." "A great benefit for all fire companies."

Those who have experienced the Guardian® firsthand are our best spokespersons.

Here are what some of them had to say:

"I just wanted to thank you again for coming down and putting on an excellent training at our neighboring fire company. I participated in the class on 18 Nov at the Gilbertsville Fire and Rescue Company. I had an absolute blast and gained a lot of valuable experience and knowledge from that "little 24" trailer," which I"m willing to say every one of us learned to respect. I heard talk about having you come back in the future and I look forward to it! Until then stay safe, good luck, and keep up the fantastic work!"

"Very good training. It's as real as it gets. It will help me in the future."

"Thank you for the use of your trailer this weekend. We put it to great use on Saturday. The trailer was very well put together, and our crews had a heck of a time working in it. They really liked it. Thanks again, we look forward to using it again in the future."

"This training is something every department should go through."

"This is one of the best training drills I have ever attended. Bravo!"

"This would be a great benefit for all fire companies."

"The rescue dogs froze when the simulator started rocking like an earthquake. Now they"ve been trained to know what to expect."

Over 25,000 first responders have trained in the Guardian®.